How to Stay Focused #4: At Work & On Your Career

In the fourth chapter of our series, we go into detail on how to stay focused at work during difficult or boring tasks and how not to lose sight of your career goals.

We’ll start with some actionable tips you can instantly put into practice to become more focused and productive. Then, we’ll venture into some more long-term processes to help you get back on track with your career goals.

How to Stay Focused at Work by Preventing Distractions 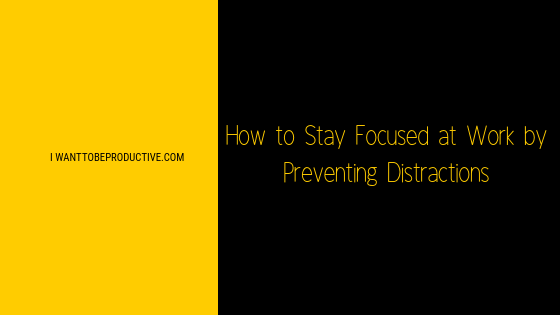 We already mentioned the importance of creating a distraction-free environment in Chapter 1 of this series, Can’t Concentrate – if you want some quick facts about how much of a problem interruptions really are, check it out.

Research psychologist Larry Rosen also touches on the importance of creating a distraction-free environment in his book iDisorder: Understanding Our Obsession With Technology and Overcoming its Hold on Us. According to Rosen, the real issue is that we’ve been classically conditioning ourselves to respond upon cue rather than based on a set schedule, which might ultimately work much better for most of us.

And since this behavior has become so deeply embedded into our routine, Rosen also warns of the dangers of smartphone separation anxiety – the stress that comes with keeping yourself away from your phone. That intrusive feeling that you’re missing out on important info can get much more distracting than a notification on its own. 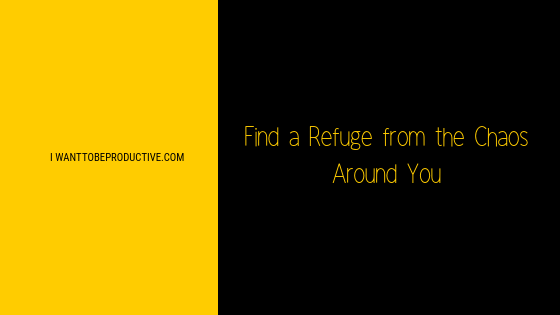 If you can’t focus at work because of the environment, find a refuge from the chaos around you. An isolated office or nook can do wonders for your focus. Here are some tools and gadgets that might help you isolate yourself from an active environment:

Make a Realistic Schedule for the Day & Stick to it 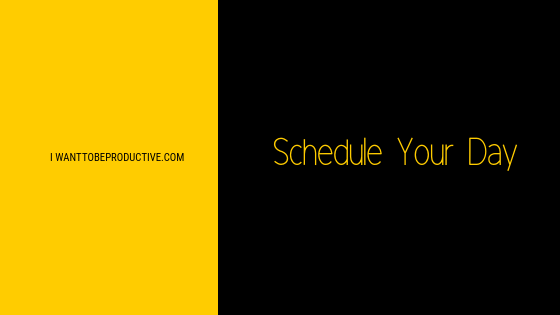 Lists are friends, always. Knowing exactly what you need to do during a work day and how to prioritize your tasks helps you focus, makes you a reliable employee, and gives you a well-deserved sense of satisfaction.

For me, scheduling my day also changed the way I perceive time. I get more stuff done and have a greater sense of accomplishment at the end of each day, not to mention it also helped me prioritize tasks better.

Generally speaking, you need to follow the same principles for your daily schedule (which is basically a short-term goal) as for your SMART goals mentioned a bit further down.

Here’s how to make a schedule and better prioritize tasks at work when everything seems high priority: 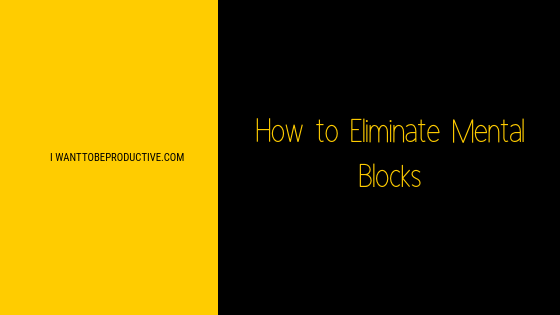 Mental blocks are the most common and frustrating form of self-sabotage.

How to identify the cause(s) of a mental block:

1. Start working on a task.

2. Every time you get distracted or find yourself doing anything else than working, pay attention to your thoughts.

With time, you will become much more self-aware and naturally eliminate these faults. This is one of the most effective ways to stay focused on difficult tasks.

When Obama was asked why he only wears blue and gray suits, this was his answer:

“I’m trying to pare down decisions. I don’t want to make decisions about what I’m eating or wearing. Because I have too many other decisions to make.”

And he’s not the only one. In fact, many successful entrepreneurs, Steve Jobs and Mark Zuckerberg included, made a habit out of dressing more or less the same every day. 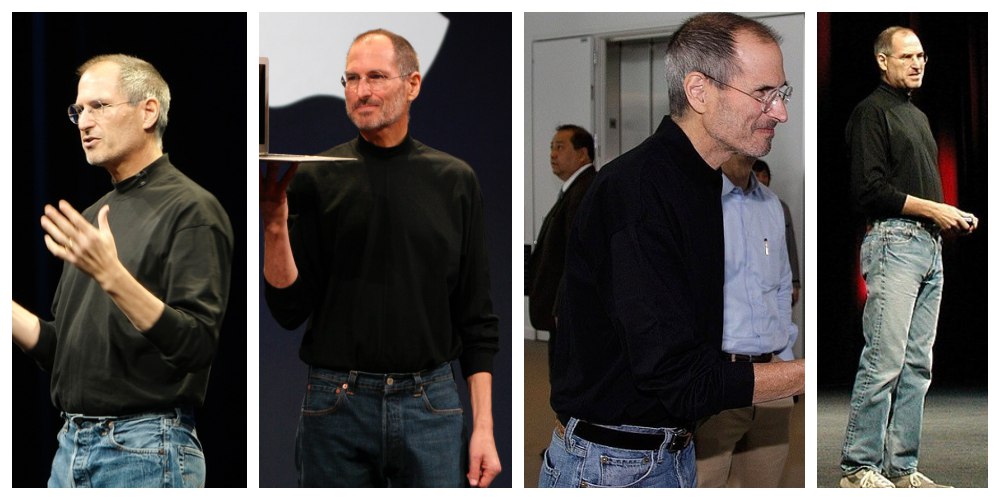 And that’s because decision fatigue is a thing.

“Decision fatigue is the newest discovery involving a phenomenon called ego depletion, a term coined by the social psychologist Roy F. Baumeister in homage to a Freudian hypothesis. “ – John Tierney, Do You Suffer from Decision Fatigue?

In short, our mental energy and cognitive abilities are much more limited than we think, and decision-making is one of the most costly processes for most of us.

As mentioned in previous chapters, this is generally followed by creative work and repetitive, non-stimulating tasks, but it depends on the individual. Confusion, frustration, boredom, anxiety, self-control, skepticism, and other such intrusive thoughts and feelings also drain our cognitive abilities.

Decision fatigue is one of the many first world problems we never anticipated. The human brain is having difficulties adapting to the 21st-century lifestyle we created. Having options and alternatives sure seems great, and generally speaking, is essential for our wellbeing. It’s a good thing that we get to choose what to eat, wear, and most importantly, do.

However, rarely can we truly handle the massive number of choices we need to make on a daily basis.

So how to stay focused at work when dealing with too many decisions?

Staying Focused by Competing with a Friend or Coworker 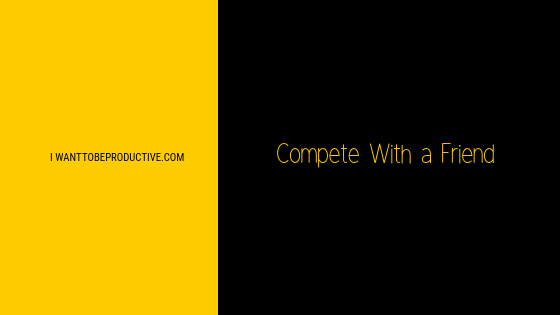 It might seem a bit counter-intuitive, but working alongside other people improves your focus. The phenomenon is called social facilitation and was observed by Norman Triplett in 1898.

During his research, Triplett found that people focus better when working in the same setting as peers performing the same task, even when not working towards the same goal, in the same team, or on the same project.

Moreover, for most people, merely having an audience when performing a certain task increased productivity. This is also called the audience effect and is allegedly based around our social nature – although some would argue it also calls upon our competitive side. Here’s the full resource for those interested, The Dynamogenic Factors in Pacemaking and Competition.

However, the audience effect mostly applies to tasks we’re already accustomed to. When it comes to focusing on new or difficult tasks, audiences usually hinder our focus, productivity, and performance.

This is even more valid for audiences that are closely following the task you’re performing versus the ones that are just minding their own business. Opposite sex audiences also tend to hinder our focus, although I personally believe the sex you’re attracted to matters more – but don’t take my word for granted on this one.

Give Yourself a Menacing Deadline to Stay Super Focused 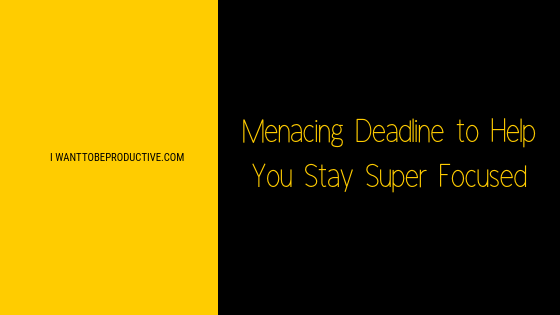 According to a 2012 study on Time Pressure, Performance, and Productivity by Don A. Moore and Elizabeth R. Tenney, time pressure usually impairs decision making, curiosity, and exploration, making us rely more on the skills and cognitive abilities we’ve already developed.

While this sounds bad for creative tasks or decision making, it can be a great help when it comes to brainless, repetitive tasks – especially if you highly dislike doing them.

If you have a whole morning to send a few emails, fill out reports, or go through other tedious tasks that would generally take you 30 minutes to complete, you are much more likely to double or even triple this time.

But if you challenge yourself to get them done in 20, you’re much more likely to dive right in and power through it!

Focus on Yourself: Work on Your Habits! 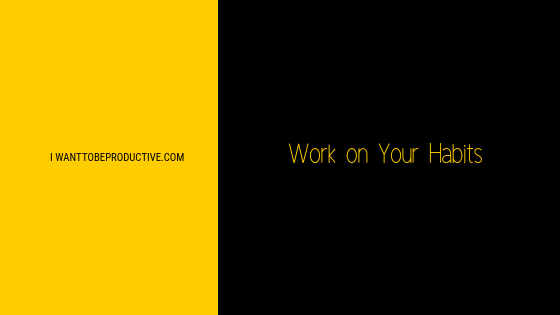 If you want to find out more about how to identify every gear in the machine of habits, I recommend checking out our article on how to stop bad habits and replace them with good ones.

Correctly setting goals provides perspective, takes off pressure, and empowers you in the long run. It helps you see where you are, where you want to be, and what to do about it.

Here are the basics of SMART goals and some questions to help you formulate them as clearly as possible:

What do you want to achieve?

How do you want to achieve it?

When, where, and with whom?

Why do you want to achieve it?

How will you quantify your success?

Is it realistic of you to expect this?

Is your goal tied to another objective of yours?

Will the goal will help you achieve objective?

When/By which date do you want to achieve this goal?

If you want to find out more about SMART goal setting, download a free worksheet, and see some other useful tips, check out our article on How to Set SMART Goals: Worksheet & Step By Step Guide. It’s only a 3-minute read, but it might benefit you for years to come!

This draws our resource on how to stay focused at work and on your career to an end. In the next chapter, we’ll tackle another challenging, but achievable goal: staying focused in school.

Until then, I hope you found these helpful and I’m interested in your results after implementing them – please give us a shout and let us know how it went!

GO TO HOW TO STAY FOCUSED: THE ULTIMATE GUIDE

I’m passionate about personal development and growth, personality traits, and all things related. When I’m not working on myself, I enjoy hiking in the great outdoors, reading, watching movies, and taking care of my indoor garden. But my strongest passion will always be self-help.

This site uses Akismet to reduce spam. Learn how your comment data is processed.